by Daphne A. Burns 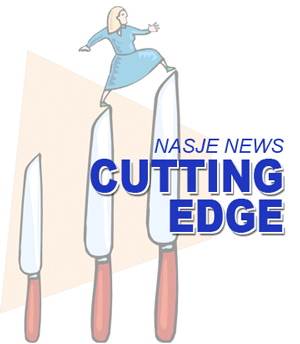 The U.S. Supreme Court has long held that the Constitution does not permit trial of an individual who lacks “mental competency.”1 The Court defines mental competency as someone who has “a rational as well as factual understanding of the proceedings against him” and “sufficient present ability to consult with his lawyer with a reasonable degree of rational understanding.”2 Otherwise stated, a person “whose mental condition is such that he lacks the capacity to understand the nature and object of the proceedings against him, to consult with counsel, and to assist in preparing his defense may not be subjected to a trial.”3

A startling 31 percent of women and 14.5 percent of men enter jail in the United States with a serious mental illness4; it is therefore not surprising that an estimated 60,000 competency evaluations are performed each year.5,6 The competency process generally entails a number of steps, beginning with the issue of the defendant’s mental competency raised at an initial screening or by the court, defense counsel or others; a competency evaluation by a psychologist or psychiatrist, which generally occurs in jail unless the person is initially diagnosed as psychotic or is a potential threat to him- or herself or others; treatment, which may include forced medications to restore competency in certain circumstances;7 inpatient or outpatient competency restoration; a hearing and finding by the court that the defendant is or is not restored or restorable; and trial or a plea if the defendant is restored—or, depending upon the charges and other factors, civil commitment proceedings if he or she cannot be restored to mental competency.

Each of these steps in the competency process involves coordination with the court, counsel, law enforcement, jailers, evaluating psychologists or psychiatrists, mental health facility or hospital, treating psychologists or psychiatrists, inpatient or outpatient competency restoration services, social workers and others. When the steps are not adequately linked and performed—when the system is not functioning properly—horror stories abound such as defendants languishing in jail for months while waiting to be evaluated; defendants jailed for months while waiting to be transferred to a mental health facility for observation, evaluation, and treatment; or defendants “decompensating”—suffering the exacerbation of the mental disorder—while awaiting trial or further proceedings—defendants who will need to be “re-cycled” through the competency restoration process. A poorly functioning competency process will also further strain county and state budgets—especially given the increasing number of arrestees who appear to lack competency.

The Bureau of Justice Assistance component of the Office of Justice Programs, U.S. Department of Justice recently awarded the National Judicial College a grant to devise a best practices model for handling mental competency issues in criminal justice systems. The NJC is working with experts from across the country to devise a best practices model. Once the model is complete, which we anticipate to be later this year, the model will be published on a website (www.mentalcompetency.org) along with a plethora of supporting information and resources. Next year, the NJC will present a series of webinars on how to utilize or implement the best practices model. The NJC is also available to provide training and technical assistance to states, jurisdictions, or courts interested in the model or various aspects.

If you or judges, administrators, or others in your state are interested in receiving information about the best practices model for handling mental competency, including receiving e-mail when the model is published and webinars are scheduled to take place, please contact Daphne Burns at or 916.676.9876. We would be delighted to add you to the e-mail list for updates as the project unfolds.