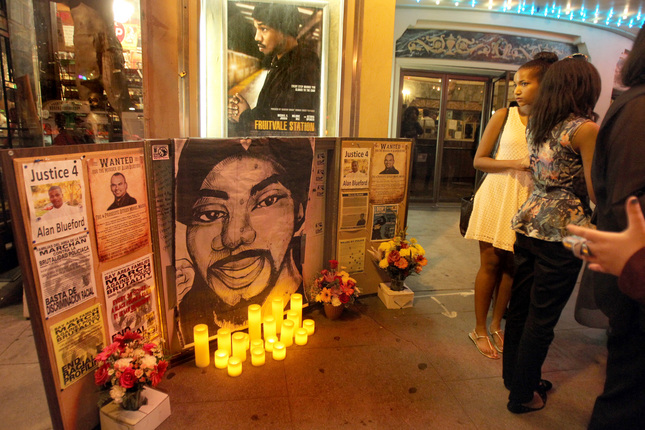 By Matthew Estes and Nancy Smith

Michael Brown. Tamir Rice. Freddie Grey. Eric Garner. These names resonate with Americans nowadays. All were African-American, young, male, unarmed and killed by police. Tamir Rice was only 12 years old. Their deaths and others similar to them sparked the Black Lives Matter movement and have put the question of racism in the criminal justice system front and center for many Americans. Opinions vary widely as to whether racism exists, to what degree, and in what parts of the system. It seems an apt topic for judicial educators to tackle as they seek to provide meaningful educational events for judicial branch employees at all levels.

It is, however, a topic fraught with challenges. Can the topic be explored in a classroom setting to judicial branch employees without provoking anger and defensiveness? What kind of opposition would there be to the topic or to the instructors? Would judicial branch employees be open to a discussion of these events? Would they be interested? Is the topic appropriate only for judges, only for court staff, or for all employees? Which approach would best serve to illuminate the topic?

Viewing the film Fruitvale Station at the 2014 NASJE conference provided the idea to use it as the basis for a class on racism, prejudice and implicit bias for court employees. Two judicial branch educators in Tucson, Arizona began teaching the topic to court staff in early 2015. This article will discuss the learning objectives and organization for the class, , the audiences the class was presented to, reactions from learners, and issues the educators considered when teaching a controversial topic based on comments from the learners.

The educators set out to teach the class in a way that highlights how racism, prejudice and implicit bias impact any person involved in the criminal justice system as well as how they affect peoples’ lives in general. The ultimate goal of the class was to provide learners with tools and ideas for changing their behavior at work in ways that chip away at real or perceived racism, prejudice and implicit bias, wherever they occur, in accordance with the canons of judicial branch ethics. The educators endeavored to provide tools for learners to leave the class feeling empowered to make changes, however small, to improve their work and their personal lives with regards to racism, prejudice and bias.

The class is organized with the film as its central component. Learners are encouraged but not required to take the Harvard Implicit Association test online before coming to class. Educators begin with definitions of racism at the individual and institutional levels, and continue by defining prejudice and bias, including both explicit and implicit bias. In a group discussion, the class explores what these terms mean, and especially for implicit bias, where these attitudes come from. The purpose of this 20 minute introduction is to provide a framework for considering what happens in the film, not to make learners experts on these terms and their impact in society. Most are already familiar with racism and prejudice on the individual and cultural level, but find the concept of institutional racism more challenging. Implicit bias is not well known and harder for learners to grasp. 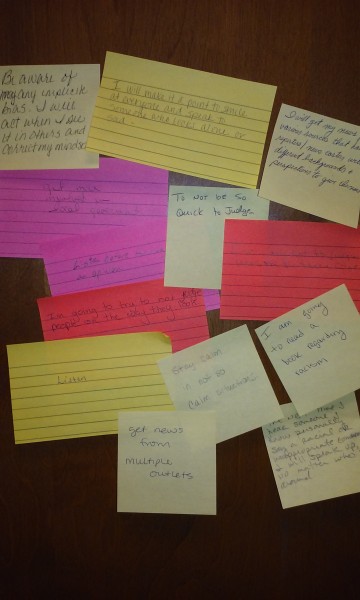 Learners receive specific questions to think about while watching the film. After the film and a break to decompress (the film is difficult to watch and evokes emotional reactions), the class discusses what they saw as it relates to racism, prejudice and implicit bias. They discuss the main character, Oscar Grant, in terms of his character and motives. They talk about the tools the director uses to build his message as well as the effectiveness of the message. The educators then guide the class towards recent events similar to the situation depicted in the film. The class explores the link between judicial branch ethics, their behavior, and racism, prejudice and implicit bias. Finally, learners brainstorm actions they can take to try and combat the negative effects of racism, prejudice and bias at work and at home. They write their chosen activities on two post-it notes, one to take with them, the other to post on the wall in the classroom. The educators take a photo of the post-it notes and send the picture to all participants one week later to remind them of their resolutions.

Who took this class?

In Arizona, every court employee is required to get 16 continuing education credits per year. The #IAmFruitvale# class was one of many classes on a wide variety of topics offered through the training departments of the three large courts in Tucson. The instructors also travelled to two small limited jurisdiction courts in the area to offer the class on site. All class participants were court staff, ranging from managers and supervisors to entry level clerks. Participants came from limited jurisdiction and general jurisdiction courts, the juvenile court, the Clerk of the Court and probation departments. All age groups and racial/ethnic groups were represented. 67 people have participated in the classes offered thus far. The class will be presented again several times in the coming year.

Far from shying away from discussions about race, learners seemed anxious to talk about it. While differences of opinion about the behavior of police (for example) or the relative guilt or innocence of victims and other court clients certainly occurred, learners needed no convincing that racism is alive and well in America and in the criminal justice system. Further, they demonstrated that they understood that racism, prejudice, and bias affect their daily work and their interactions with the public. Several mentioned in comments that they appreciated being made aware of implicit bias, a concept largely unknown to them before the class.

Participants in all classes are asked to fill out evaluations. Here are selected comments made in response to three of the questions asked on the evaluations.

What I liked best about this session was:

Why would you recommend the session to others?

Was this material usable for your job? Every member of every class said yes. Here are some of their explanations:

Suggestions for teaching this class

First, research the topic thoroughly and continuously. Be aware that social science research is ongoing, new events occur frequently, movements change tactics and focus, court cases get resolved, and the winds of public perception shift. Stay up to date so that the class stays up to date.

The educators for this class carefully prepare learners for the content and organization of the class, as well as expectations for behavior during the discussions. The film contains violence, bad language and a little sex; learners are warned. The educators give permission for learners to excuse themselves during the film if they became too emotional. A few do.

The educators also lay the groundwork for respectful discussion by establishing the classroom as a place where it is “safe” to express a variety of opinions. Learners are encouraged to express their own opinions even when they disagree with comments by classmates, but only in a respectful way. Criticism of other learners is not allowed. The educators act as facilitators for the discussions, redirecting when necessary, or intervening and asking different questions to keep the class moving forward. They do not pretend to be all-knowing, but rather members of the discussion group. The educators also caution against monopolizing the conversation. As a result, while it is clear that class members have different opinions, they are respectful of each other and willing to share (for the most part) experiences and ideas. If anything, the educators continue to be surprised by the enthusiasm and appreciation shown by class participants for leading the class on a difficult topic.

#IAmFruitvale# was developed to explore issues of racism, prejudice and implicit bias in the criminal justice system, and how they impact court employees. In July of 2015, over 300 Pima County court employees and members of the Pima County Sheriff’s Department participated in beginning and advanced training sessions on implicit bias. In order to keep up the momentum and to incrementally add to the knowledge base of employees on this topic, new classes on historical discrimination, the origin and outcomes of implicit bias, and the psychological effects of workplace microaggressions are being developed in addition to #IAmFruitvale#, and will be offered periodically through the Pima County Courts Training Center.

[Related documents are posted in the members-only area: 1) An article by Leonard Pitts Jr. “It Takes More than Street Protests to Produce Change”, 2) #iamfruitvale# PowerPoint presentation, and 3) #iamfruitvale handout.]

Matthew Estes is a Training and Education Coordinator for the Arizona Superior Court in Pima County. In that role, he brings trainings to judicial staff across many different platforms, and works specifically with juvenile detention and probation staff to meet their training needs on a case-by-case basis. Previously, Matthew was an instructor and curriculum designer at the high school and community college levels.

Nancy Smith is the Field Trainer for the Pima County Courts based in Tucson, AZ. As such she provides training on a wide variety of topics, including case management systems, to courts all over the county. A professional teacher, Nancy has worked in judicial branch education since 2008. Nancy has been a member of NASJE since 2009, and is currently the Western Region Director.