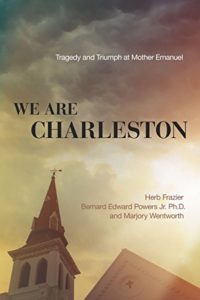 “Racist attitudes rooted in the dark past have sometimes been preserved in the present.” –from the book jacket of We Are Charleston

Almost two years ago, a young white man opened fire on a prayer meeting at the Mother Emanuel African Methodist Episcopal (AME) Church in Charleston, South Carolina, killing nine members of the congregation. Herb Frazier, Dr. Bernard Edward Powers Jr., and Marjory Wentworth in their new book, We Are Charleston, not only recounts the events of that day but also offers a history lesson that reveals a deeper look at the suffering, triumph, and even the ongoing rage of the people who formed Mother Emanuel AME church.

Their book and conference location are the inspiration for the tentatively entitled “ELO, Charleston, South Carolina and Race: An Experiential Approach,” which revisits the tragedy and explores how race remains a salient issue in society. The session will include a visit to Emanuel African Methodist Episcopal Church, where the murders occurred, on-site discussion of the tragedy and where the country and justice system are with regards to race. Moreover, it will and explore how judicial educators might think about and incorporate recent events into their programs.

Prior to the session, participants will be expected to have read selected chapters from the book, We Are Charleston. However, if you would like to get started with the book, purchase it from your local bookstore or Amazon.