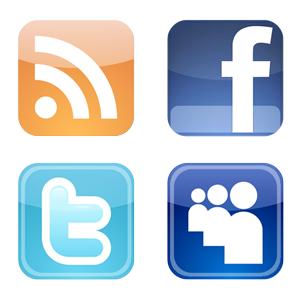 A Georgia judge recently resigned after that State’s Judicial Qualifications Commission investigated the judge’s Facebook messaging with a defendant appearing in a pending matter before him.

Late last year, a New York judge was reassigned after allegations surfaced that he was updating his Facebook status from the bench and that he once took a picture of his crowded courtroom, posting it on his active, public, Facebook page.

In late 2009, Florida authorities issued a judicial ethics advisory opinion concluding judges cannot “friend” lawyers on social network websites like Facebook or MySpace. But South Carolina’s judicial ethics advisory committee concluded a judge could “friend” law enforcement officers and court employees if they were not discussing anything related to the judge’s position.

The North Carolina Judicial Standards Commission concluded in 2009 that a judge should not utilize a listserv to obtain advice on a legal topic that was applicable to a proceeding before that judge.

The general answer to each of these questions is “yes,” but….

A judge’s actions are constrained by the American Bar Association Model Code of Judicial Conduct, derivations of which are in place in most United States jurisdictions. The Code requires, in some instances pertinent to use of social media, that the judge exercise reasonable direction and control over attorneys and staff who report to the judge.

The Code generally allows judges to engage in extra-judicial activities that do not demean the judicial office, that do not cast reasonable doubt on the judge’s impartiality and that do not interfere with the performance of judicial duties. Therefore, judges and court staff, like most other people, can use the internet for lawful purposes, including maintaining and using social networking tools and sites like Twitter, Facebook and MySpace as long as those uses stay clear of courts, court business and matters that frequently appear in the courts.

But the Florida Committee noted, “While judges cannot isolate themselves entirely from the real world and cannot be expected to avoid all friendships outside of their judicial responsibilities, some restrictions upon a judge’s conduct are inherent in the office.”

For example, judges have an obligation under the Code not to lend the prestige of judicial office to advance the private interest of the judge or others, nor to convey or to permit others to convey the impression they are in a special position to influence the judge. On this basis a majority of the Florida Ethics Advisory Committee concluded that a judge would act unethically by “friending” a lawyer on a Facebook page. Florida’s conclusion was based on the Facebook feature that mutual “friends” appear on each other’s page, even with the highest privacy settings invoked. At a minimum, these mutual “friends” are visible to other “friends” of the respective subscriber. Absent use of the highest privacy settings, the judge-lawyer “friend” status is viewable by all internet users.

So too are judges and staff prohibited from participating in improper ex parte communications in a pending or impending matter. This was one of the reasons for the disciplinary investigation of the Georgia judge.

Ex parte communications should always be a concern when a judge or a member of the judge’s staff make posts or read posts about a court case or a likely court case while using Twitter, Facebook, MySpace, a blog, a listserv or any other social network. That concern is justified because use of these social networks means we are communicating (even as passive readers) with an unknown segment of the public, including those who may appear as parties or advocates before us.

The status of law in this area is quickly developing. Until the law in your state is clarified or until you request a judicial ethics advisory opinion (if you are able), all judges and court staff using social media websites would do well to remember the advice given in the 1980s television show Hill Street Blues by dispatch Sergeant Phil Esterhaus:“Hey, let’s be careful out there…”

Justice Crothers regularly conducts training for judges and lawyers on ethics and technology, and on judicial disqualification. He can be reached at