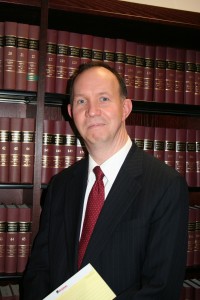 Chad Schmucker graduated from the University of Michigan receiving a BBA with honors and from Wayne State University Law School. He served as a general jurisdiction court judge in the Circuit Court in Jackson, Michigan for 20 years and as an acting Probate judge for one year and has served as the State Court Administrator for Michigan for two years. He assisted in starting four problem solving courts in Jackson, Michigan including felony drugs/alcohol, domestic violence, family dependency and mental health. He served as the Drug Recovery Court judge for four years. As State Court Administrator, he oversaw management of the state’s 246 trial courts, implemented a Michigan version of trial court performance measures, and developed a plan for court governance to promote cooperation and efficiency among courts.

He has served as a frequent lecturer for the Michigan Judicial Institute and the Michigan Institute for Continuing Legal Education on various topics including: Domestic Violence, Family Law, Alternative Dispute Resolution, Trial Advocacy, Case and Time Management for Judges, Working with Self-represented Litigants, Starting a Mental Health Court, and Evidence Based Sentencing.

Prior to his service on the bench, he was in private practice for 14 years and served as a school board trustee for four years.

Chief Justice Robert P. Young, Jr., said Schmucker helped drive important reforms for Michigan’s justice system. “Without a doubt, Judge Schmucker’s vision, ability, and courage began a transformation of Michigan’s judiciary,” Young said. “With his leadership, we eliminated unnecessary judgeships and consolidated trial court leadership for greater efficiency and accountability. He led the effort to have our courts use performance metrics to analyze and improve public service. Michigan courts expanded their use of technology, with a wide range of benefits to the public. Thanks in large part to Judge Schmucker, our state courts are working smarter for a better Michigan.”

Chad has been married to Joyce for 32 years and have 4 children and seven grandchildren aged two months to 11 years old.

As a Michigan District Judge, I have seen Chad Schmucker reach out to the judges to solicit their input concerning the Supreme Court’s initiatives and concerning legislation which might impact the courts. He prepared several YouTube videos to explain to judges and administrators new ideas from the State Court Administrative Office. He is innovative and personable. We will miss you as the State Court Administrator in Michigan.