“Scientific evidence permeates the law” according to Justice Stephen Breyer (see note 1). His statement was specifically about scientific evidence in a trial. However, trials are not the only place where judges are being pressed to understand and then use the ever-expanding universe of research based knowledge that is available. While present in hearings and trials, there has been a particularly strong move to have judges apply such information in sentencing and probation supervision. The development of evidence-based sentencing, a concept based on a medical model, is merely one example (see note 2).

After all, what scientist would accept a scientific proposition that while approximately 90% of people arrested will be convicted of a crime, each of these
people starts with the presumption that they are innocence of the charges? Beyond inclination and education, there is the question of time. Most judges are lucky if they receive two or three days of judicial educational during the course of the year. Much of that educational time is spent on updates on the current state of the law. Nonetheless, it is true that judges need to be given the tools to help them process scientific information in their different
roles as what Justice Breyer calls “evidentiary gatekeepers” and as “finders of reality based facts (see note 3).”

These different roles suggest there should be different educational approaches. When the judge is acting as an evidentiary gatekeeper, (for example, deciding whether the results of a drug test should be admitted in a trial) a thorough understanding of the rules on the admissibility of scientific evidence would be helpful. A judge who is sentencing a defendant and is trying to assess that person’s future behavior needs yet a different understanding — one based more on psychology and social science.

How does the judicial education community meet the varied educational needs of the judiciary? It starts with the recognition that judges are specialists in the law and generalists in everything else. As part of that legal specialization judges are the evidentiary gatekeepers for any scientific or technical evidence that is admitted in a trial. As the Supreme Court stated: “Daubert‘s gatekeeping requirement is to make certain that an expert, whether basing testimony upon professional studies or personal experience, employs in the courtroom the same level of  intellectual rigor that characterizes the practice of an expert in the relevant field” (see note 4).

Providing judges with the tools to make better evidentiary decisions about the admissibiity of scientific evidence will also ensure that the trier of fact is not confused by poor or junk science. Gatekeeping will not help a judge better understand the emerging science about addiction when it comes to sentencing. Neither will it help with a risk assessment about a defendant’s future conduct. But, as sentencing is a part of the specialized training judges already receive, there is a wealth of training and conferences on this topic. For example, one need only look at the National Association of Drug Court Professionals annual conference for trainers who teach about every aspect of addiction and sentencing.

Still, not every judge has either the time or the interest to attend a national training. How can we better assist the judiciary in dealing with this flood of scientific evidence? One answer was developed by our colleagues in Canada created a bench book entitled the “Science Manual for Canadian Judges” (see note 5). Bench books and the trainings connected to them are an excellent means for helping judges keep current with the needs of their job. NAJSE should take a leadership role in creating such a manual. 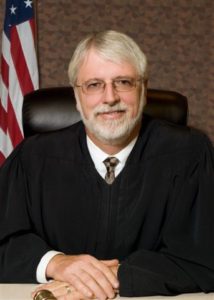